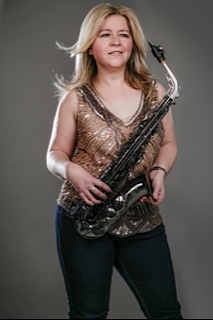 I studied at Trinity College of Music in London and whilst I was there I was the Lead Alto for NYJO the National Youth Jazz Orchestra.I continued to tour with NYJO after leaving college along with working in the West End Musical circuit on various show such as Fame,Annie and Soul Train where I first met Louise.I have toured and recorded with various artists including Roberto Pla, Alfredo Rodriquez, Ronnie Scotts Big Band, Fillet O Soul, Real, The Bootleg Beatles, Tony Hadley, Yazz, Jimmy Sommerville, Jane McDonald and have currently been touring with Jools Holland and his Rhytmn and Blues Orchestra for the last 13 years.I am an Ambassador for CannonBall Saxophones in the UK and am looking forward to recording with them in 2014.

We use cookies to ensure that we give you the best experience on our website. If you continue to use this site we will assume that you are happy with it.Ok