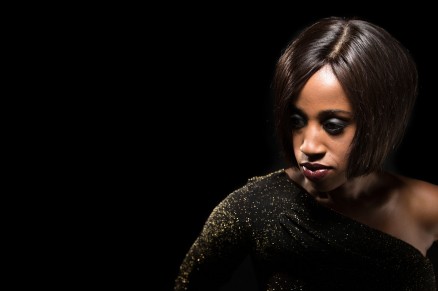 Singer/composer Louise Clare Marshall was pretty much born in to the business of singing, performing with her family at an early age and then studying at the specialist music school Chetham’s before winning a scholarship to the Guildhall School of Music. A truly versatile performer Louise is equally at home singing jazz and groove (as she will be tonight) as she is singing rock, musical theatre, or providing powerful vocals for dance music. Over the years she has worked with the likes of Beverley Knight, Robbie Williams, Bryan Ferry, Ronnie Wood, Van Morrison, Madeline Bell, and Steve Winwood as well as performing in various shows in London’s West End, including “Soul Train”. Jools Holland was certainly one musician impressed with Louise’s work, and for some years now she has been the featured singer with his band “Jools Holland and his Rhythm & Blues Orchestra”. Louise is also busy promoting her CD “Wait For You”, tracks from which she will be performing this evening. And watch out for Louise’s Special Guest Lisa Grahame who has been one of the featured saxophonists with the Jools Holland Band for some years now and is a great player and the perfect foil for Louise’s wonderful vocals.

“Her deep…soulful voice was enthralling” BBC